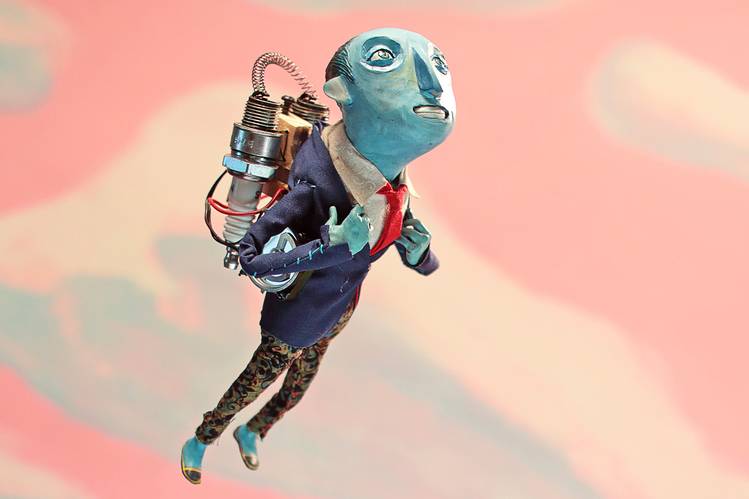 Among them: being blinded by seemingly big numbers, and making the first bid

When it comes to executives’ careers, the biggest financial mistake they make often comes at the very end, when they’re negotiating—or renegotiating—a retirement package.

Getting the right package could make a big difference in how they enjoy the next phase of their life. But far too many people end up scuttling their shot at a good deal.

Some assume there’s no room to maneuver and take whatever the company offers. Or they get blinded by a big lump-sum offer and don’t actually do the math to see how long that cash will last. Others get too greedy and push for a long list of concessions instead of focusing on one or two top wants.

Even in today’s tougher economic climate, experts say, companies are willing to concede quite a bit—but people need to know what to ask for and how to ask. The key is creativity. People must be willing to think through what they really want, and alternative ways the company can satisfy them if their initial request gets rejected.

“I’m seeing more flexibility when it comes to things that are not out-of-pocket costs,” says Alan Sklover, employment attorney and career strategist at Sklover & Co. in New York. “For example, ‘We can’t give you more severance but if we can, for example, keep you on an unpaid leave of absence and get you to the next year of vesting in your retirement plan, that we’ll do.’ ”

Or, he says, he has seen companies offer workers a promotion on their last day, which “makes for a lifetime of better payments.”

PREPARING FOR A FIGHT. Many people approach negotiation as a battle, as though they’re trying to get something the other person won’t want to give, says Margaret Neale, the Adams distinguished professor of management at Stanford University’s Graduate School of Business and co-author of “Getting (More of ) What You Want.”

Instead, she says, think of it as “a collaborative conversation about how we can make this transition go better.” That includes offering solutions for the employer, such as agreeing to act as a mentor to newer employees or handhold clients in the transition to someone new taking over the departing executive’s job.

Thinking of the process as haggling or making demands or threats is a mistake, says

Jeff Weiss, a partner at Vantage Partners, a Boston-based consultancy specializing in corporate negotiations. It’s about problem-solving, he says. “I have a set of interests. My employer has a set of interests. If we can explore those, maybe there’s a way to get creative. More often than not there is.”

GETTING BLINDED BY BIG NUMBERS. Too often, employees are dazzled by a hefty lump-sum payout—but fail to adequately assess their retirement needs.

“Maybe a company offers $100,000, $200,000,” says Jayme Meredith, a chartered financial analyst and vice president at Hefren-Tillotson in Pittsburgh. “They sound like big numbers, but take $100,000 and divide by 30 [years in retirement] and you’re not left with a whole lot every year.”

Only after people know what they need in retirement can they be sure they’re asking for the right things. “We advise clients to look even deeper,” he says. “How much do you need to earn on your assets to fund your retirement, taking into account inflation and things like that?”

For some companies, the issue may be the impact of a one-time immediate payout, rather than the total dollar amount, Mr. Meredith says. One option is to offer flexibility on the timing of payouts, or ask whether the company might fund a retirement product such as an immediate or deferred annuity. “This would provide pension-like benefits to the retiree, but passes the future funding risk to an insurance company,” he says.

FAILURE TO DO RESEARCH. Heading into a negotiation, people should think carefully about the issues over which they can negotiate, including what their counterpart wants, what they will say yes to and what might be a good deal. “Too many people think of negotiation as improv theater. They’ll wing it,” Ms. Neale says. “This is just such a bad idea.”

Preparation could include contacting the company’s retirees to find out what sort of benefits they received, and talking to people at other companies in the same industry.

There’s a related mistake: failing to negotiate based on objective standards. Rather than simply asking for a perk absent any context, people should be prepared to make the case for that perk based on what’s happening in the industry, says Mr. Weiss.

MAKING THE FIRST OFFER. A big mistake is being first out of the gate. Let the employer make the initial offer, says Alan Johnson, managing director of Johnson Associates, an executive compensation consulting firm in New York. The problem, he says, is essentially people are guessing at what the company will give them—and they may undersell themselves.

There are two sides to this problem. If the employee’s offer is too high, it might be viewed as unrealistic. That “can create a negative reaction and shut down the negotiation,” Mr. Johnson says. And if the employee offers too little, he could leave money on the table.

FOCUSING ON CASH. People shouldn’t think that the game is over if the company won’t deliver the amount of money they want. There are many nonmonetary benefits that can be valuable and the company is likely to bend on.

“Where you may be able to negotiate is with health care and life insurance. Some companies will give as part of the [employee] benefits life insurance,” Mr. Meredith says. “You may negotiate to take that with you or have the company fund it for a particular time. Disability policies. These are things you’ve already qualified for, and depending on your age or heath, you may not qualify for them on the outside….That could be something that’s relatively cost-less for the employer but could be very beneficial to you.”

For executives, though, health care and the like may be the wrong focus. “You can get it, but you’re using up blue chips to get something that’s $2,000 a month. Getting an extra stock-option grant is worth a lot more,” Mr. Johnson says. “I would focus on that extra restricted stock grant. Instead of retiring in December, retire in January and have them give you an extra grant on the way out. That’s $1 million, that’s $2 million.”

Another option: Negotiate a consulting contract. “Provide advice to the new CEO for a year. They’ll never ask for your advice, so that’s a year of extra pay,” he says.

For example, Mr. Johnson says, employees might ask for a laundry list that includes keeping the company car and cellphone, maintaining executive medical care, receiving a partial bonus and taking vacation time before retirement. “They would be better off asking for extra time, either delaying their end date for a few months or asking for a few more months’ severance, such as 12 instead of eight months.”

Another reason to limit the demands: Pushing on too many items may move the negotiation out of the boss’s control, Mr. Johnson says. “Your boss wants you to be happy,” Mr. Johnson says. If it’s a buyout, he may even feel guilty. That can motivate him to help, but “if you ask for eight different things, it’ll probably go to the legal department.”

CONFLATING THE RELATIONSHIP WITH THE NEGOTIATION. People shouldn’t confuse how they feel about the person sitting across the table with the facts of the negotiation at hand.

Mr. Weiss says he always negotiates on two tracks. The first track is to be respectful and appreciative of the person and the relationship. “I can do that through my words, my messaging, my tone and my approach,” he says. “I appreciate our relationship. I appreciate you’ve been a great mentor.”

That’s separate from the substance of the discussion, he says: “What are my interests, what are their interests, how can we get creative about new options.”

If you or the other party mix the two tracks—for example, if you give in to a manager who says, “Well, if you respected me you’d drop your request”—“you’ve lost the negotiation before it begins,” Mr. Weiss says.

ACCEPTING ‘NO EXCEPTIONS’. The company may say there are no exceptions to their guidelines on retirement offers. Don’t listen.

“There are always exceptions,” Mr. Johnson says. “There’s no harm in asking.”

For example, he says, a worker looking to negotiate her retirement end-date might be able to get around “no exceptions” by pointing out that she won’t be able to finish a major project and needs to extend the end date by a few months.

People should consider, too, that their counterparts in the negotiation are human. Mr. Sklover says one of his clients was losing his job in the trucking industry. Relocation benefits were offered as part of the severance package, but the employee couldn’t relocate because he didn’t want to force his young daughter, who had a malformed skull, to leave the school where the other children knew and accepted her. “The company doubled his severance based upon that request,” Mr. Sklover says. “Some of the people on the board have kids too and they know how mean other kids can be.”

FAILING TO ASK. Finally, it’s important for people to remember that even if the odds seem stacked against them in a negotiation, they should ask for what they want regardless. It’s better to try and fail than to regret not asking later on. And, of course, they may end up getting at least part of what they want.

“If you don’t ask for what you want, how will they know?” says Ms. Neale. “People are not very good mind readers. It’s incumbent on you to let them know what you want and how getting you what you want will get them a solution to a problem they face.”

Ms. Coombes is a writer in San Francisco. She can be reached at reports@wsj.com. 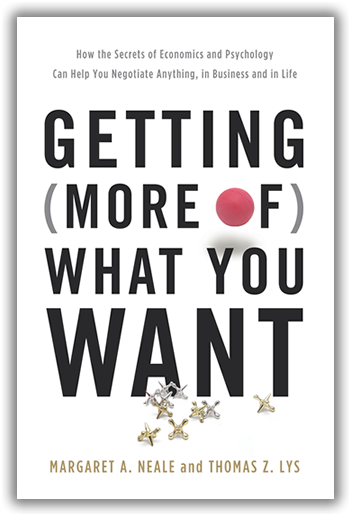